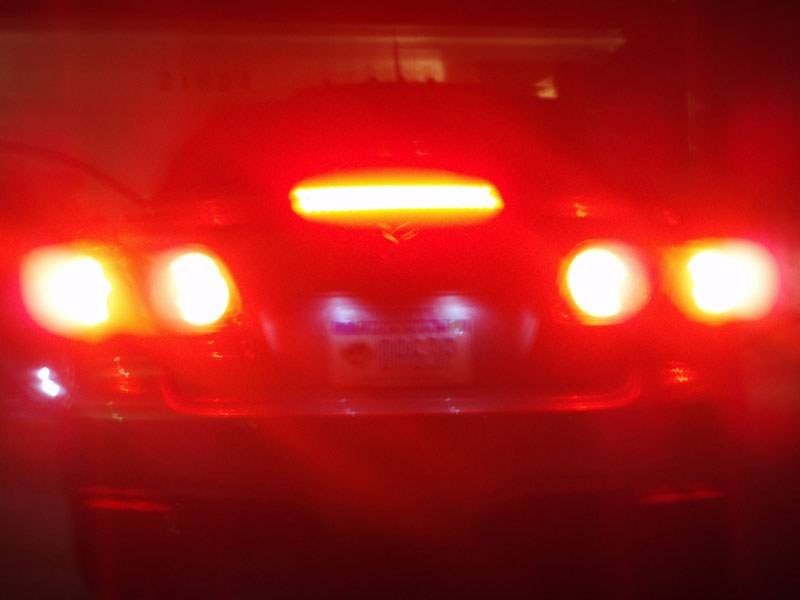 While most people could honestly claim they have never had an issue with the first five of Givens’ six R’s, one study estimates that more than half of all drivers have experienced road rage. Road rage should be taken seriously by gun owners particularly. Even if a road rage incident does not involve fisticuffs, a collision, or gunfire, the handling of a gun to ward off another driver could turn a temper tantrum into a crime.

More than half of all drivers have

A road rage incident begins when one driver takes offense at the actions of another driver and decides to “teach him a lesson.” Actions can range from yelling at the other driver to more dangerous actions when the offended driver decides to use his vehicle as a tool to exact retribution. These dangerous actions can include tailgating, continuously shining bright lights from behind during nighttime, cutting in front of the other vehicle and slamming on the brakes (brake checking), attempting to stop the other vehicle and instigating a verbal argument or physical altercation, or in extreme cases trying to run the alleged offending vehicle off the road or pointing a gun at the other driver or shooting.

For anyone, a road rage incident threatens physical safety and would likely result in legal problems. For persons who carry a firearm for personal protection, getting involved in a road rage incident carries an even greater risk of legal difficulties. Let’s look at three recent incidents, all of which vividly demonstrate the need to handle road rage incidents carefully and to contact police immediately.

Motorist A proceeds to his destination only to be pulled over by the state police who arrest him for brandishing.

Incident two.  This incident is very similar to Incident One. Motorist A is driving on the highway and makes a lane change. Next thing he knows Motorist B is tailgating him extremely closely. Motorist A taps his brakes to cause Motorist B to back off. The brake checking apparently provokes Motorist B to the point that he comes up beside Motorist A and like in the previous example veers into Motorist A’s lane while yelling and screaming. Motorist A pulls into the next lane to turn right into a shopping center. Motorist B follows him into it until Motorist A shows him his firearm. Motorist B hesitates and then drives on.  Motorist A leaves his car to grab a coffee. When he returns to his vehicle, he finds the police waiting for him. They ask whether he is carrying a firearm. He says yes. They arrest him for brandishing.

Incident three.  Motorist A is driving on an interstate highway in the fast lane with a passenger. He soon finds himself behind the slower driving Motorist B. Motorist A flicks his bright lights on and off to induce Motorist B to move over. Motorist B responds with repeated brake checks. Motorist A quickly bypasses Motorist B and races ahead. Motorist B then gives chase well over the speed limit. As the two vehicles are momentarily side-by-side, Motorist B points a gun at Motorist A. Motorist A is legally armed but does not respond in kind. Motorist A makes a high-speed exit off the highway followed by Motorist B. Seeing a red light ahead at the end of the exit, Motorist A decides running the light to escape is better than risking a gun fight, but he then crashes into a vehicle traveling through the intersection in the cross traffic. Motorist B drives on.

Lessons Learned.  What did all three innocent drivers have in common here? None of them called the police while the incident was occurring. In the first two incidents the aggressor, rather than the perceived victim, called the police, and the police arrested the victim. In the third incident, police responded to the accident but did not charge the driver who ran the red light. Note, that in the third incident, there was a passenger in the vehicle who could confirm the driver’s story.

public place in a manner that would reasonably

induce in the mind of another the likelihood of being shot.

Noted firearms instructor and use of force expert Massad Ayoob has explained that the first person to call the police is typically assumed to be the victim, which leaves the other person as the apparent perpetrator. It is obviously necessary to call police if you must shoot in self-defense. However, merely drawing, showing, or even pointing to a concealed gun to stop an attack is a use of force that requires calling the police as well, and if such action is not justified, it is itself the crime of brandishing. In Virginia, for example, brandishing is defined as holding or pointing to a gun in a public place in a manner that would reasonably induce in the mind of another the likelihood of being shot. Brandishing is punishable by up to a year in jail and a $2,500 fine (Va. Code §18.2-282).

Self-defense is a defense to a charge of brandishing. However, a valid self-defense claim requires you to be an innocent party. Innocence plainly means that you did not start the fight. However, in states like Virginia, it also means that you did not provoke the confrontation. Here in Virginia, if you are the least amount at fault in bringing about the confrontation you are required to break from the confrontation, announce your intent not to fight and retreat prior to using deadly force. That fault can arise from gestures, insulting words, or, in the course of road rage incident, retaliation, such as brake checking, tailgating, etc.

Speaking of gestures, firearms instructor John Murphy cautions, “Don’t engage in digital communications.” That is not a reference to driving while texting. Instead, Murphy is referring to the bird, that is to say the display of the most triggering finger other than, well, your actual trigger finger. Murphy illustrates his teaching points with realistic scenarios, and his courses often feature road rage (seewww.fpftraining.com). He strongly advises students to disengage and subdue their ego before something regrettable happens.

“If you think the guy that just cut you off is going to make you late for work, imagine how late you're going to be after a ten year stretch in prison,” remarks Murphy.

When possible, avoidance is the preferred response to danger, but we all must be realistic about the probability of road rage within ourselves and from others. If you find yourself in a road rage situation, it is crucial to contact law enforcement as soon as possible.

George Lyon practices law licenses in Virginia and the District of Columbia as part of Arsenal Attorneys™, a nationwide law practice. He has decades of experience including complex litigation and criminal defense. Mr. Lyon frequently teaches self-defense law and tactics, including the requirements for carry permits in the District of Columbia. He was one of the original plaintiffs in the Supreme Court’s landmark Second Amendment decision in Heller, and he was a plaintiff in the recent Palmer case compelling DC to issue carry permits. On October 20-21, Mr. Lyon will be offering his next seminar addressing DC carry permits, firearms regulations, self-defense law, and tactics. The program will fulfill requirements for a DC carry permit, which are available to non-residents.

More in this category: « TSA Sets One Day Record for Guns Found in Airports Top 5 Topics About NFA Firearms and Gun Trusts »
back to top