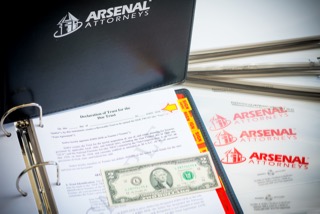 Why worry about the duration of a trust? ATF issued a written statement last year when they announced their new ‘41F’ rules for NFA Firearms. They confirmed that if a "trust remains a valid trust after the death of the grantor, the trustee would continue to administer the trust property according to the terms of the trust as there would be no transfer under the NFA."

Thus, if state law and the design of your trust allow it to continue beyond your lifetime, your successors and beneficiaries could simply keep your trust with its existing NFA tax stamps without the need to transfer your trust's NFA firearms. Otherwise, since 41F took effect, they'd have to complete transfer paperwork and provide fingerprints and photographs, that is, if they are even aware of such issues.

The maximum duration of a trust widely varies based on state law. Some states follow the often misunderstood ‘rule against perpetuities.’ Many states' set a specific number of years as the maximum duration of a trust, like 90 years (Georgia), 150 (Washington), or 500 (Arizona) years. A Virginia trust may continue in perpetuity, but only if it's written with specific language.

There are many options for changing the governing law of a trust to another state, but that won’t help extend the duration of a trust if it is designed to terminate sooner than required by law. As mentioned, many gun trusts, particularly the DIY versions, are designed to end following the death of the trust's creator, regardless of whether state law would allow a trust to continue. Thus, the trust’s successors might unnecessarily be forced to complete all the ATF paperwork, including fingerprints and photographs, to distribute and transfer the trust’s NFA firearms.

Most gun trusts would provide little or no guidance to your successors about any of these issues, particularly the 41F requirements. Arsenal Attorneys’ Arsenal Gun Trust is written not only to help you, but also to provide your successors important guidance about these firearms regulations and safety issues.

Contact us to discuss how to change your trust’s governing law and design so your successors and beneficiaries can avoid the problems that occur when a trust unnecessarily terminates. Our firm serves nearly every state which allows NFA firearms. Whether you’re an existing client or you obtained a trust elsewhere, we can help.

More in this category: « National Capital Friends of NRA Banquet on May 18, 2017 ATF/NFA Reorg Could Mean Cheaper, Faster Silencers »
back to top