Since Friday, April 4, the ATF eFile website has been undergoing maintenance. ATF continues to accept paperwork for NFA firearms submitted in hard copy by mail. Previously ATF shutdown the eFile site for brief maintenance work on numerous occasions; however we expect the current maintenence will be more extensive. After six months' experience, several issues have been identified with the design of the eFile system that need fixing. Reportedly ATF has already allocated funds for this purposes, and they are consulting the firearms industry to determine the best configuation for eFile system going forward. While eFile had glitches, it did enable thousands of applicants to obtain tax stamps for NFA firearms in as little as 90-120 days. Allegedly the ATF has a goal of accomplishing even faster turnaround times with eFile, which would presumably be possible once the glitches are removed. Until then, we encourage clients to submit their NFA paperwork by mail now rather than waiting for eFile.

Do you want to become a firearms instructor?

Arsenal Attorneys offers a specially tailored solution for firearms instructors. Our Firearms Instructor's Startup Package (FISP) includes the documents you'll need to create a limited liability corporation (LLC) as well as the various legal documents you'll need to protect yourself as you train students. Additionally the FISP includes documents for your training personnel and for your marketing activities.

We designed the FISP based on our own experirence as firearms instructors and in light of the special legal concerns with firearms training.

The State Washington continued the nationwide trend toward permitting ownership of firearms regulated under the National Firearms Act (NFA). On April 2, 2014 the governor of Washington signed into law a change in state law permitting the state's residents to 'possess, transport, acquire and transfer' short-barreled rifles (SBR). This legislation passed both houses of the state legislature in nearly unanimous votes in support. You can read the text of the law here.

In recent weeks, Michigan also legalized SBRs. Silencers are legal in the overwhelming majority of states, and many of those states are expanding those rights by lifting bans on hunting with a silencer. Thus, hunters may avoid hearing damage and noise complaints.

These developments are just the lastest examples of the significant progress on the state level to expand rights to own NFA firearms. Many states are debating legislation to require chief law enforcement officers (CLEOs) to provide some sort of written response when a person requests their signature for the ATF forms required for NFA firearms. Arsenal Attorneys' own Matthew Bergstrom testified before the Virginia Senate in January of this year in support of such legislation. Despite gun control rhetoric on the national level, the states reflect the reality on the ground. NFA rights are expanding and ownership of these firearms is increasing.

Contact Arsenal Attorneys to learn how we can help you own NFA firearms and protect the rest of your gun collection with our Arsenal Gun Trust--availabe in most states.

Four Estate Planning Documents Everyone Should Have

The Wall Street Journal featured an article today entitled "Four Estate Planning Documents Everyone Should Have." We couldn't agree more. These documents include: 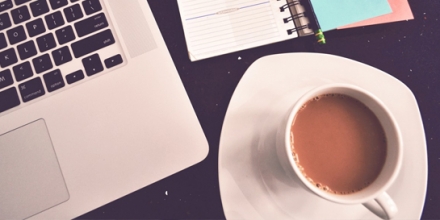 CNN Money reports silencer sales have continued to increase as gun owners learn the benefits of sound suppression for their hearing protection and reduction of noise pollution. According to the article, "The civilian market for silencers soared 37% in 2013, when the total number shot up to nearly a half a million, according to the Bureau of Alcohol, Tobacco, Firearms and Explosives registry. That's compared to 360,000 in 2012 and 285,000 in 2011."

To satisfy this growing demand, ATF confirmed last week it had added 30 new people to the NFA branch to process tax stamps faster for NFA-regulated firearms, such as silencers, short barrel rifles and shotguns, and machine guns. That department is now working 7 days/week to increase the pace of approvals. Additionally, ATF confirmed it has begun relaunching parts of the eFile system to enable the public to process their NFA paperwork faster.

Meet Arsenal Attorneys at the Nation's Gun Show this Weekend 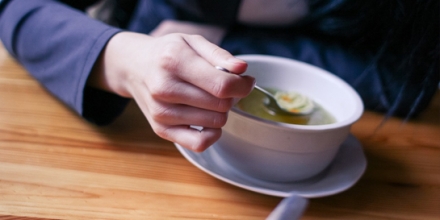 Meet Arsenal Attorneys at the Nation's Gun Show this weekend at the Dulles Expo Center in Chantilly, Virginia. This is one of the largest gun shows in America. With over 1,000 tables, there's about a mile and a half of merchandise on display at the show. We have been regular exhibitors at the Nation's Gun Show for several years. It provides a good opportunity for us to answer the questions of new and existing clients. Visitors to the region can also see the nearby National Firearms Museum at NRA Headquarters in addition to the many businesses of the firearms industry in Northern Virginia.