Meet the leadership team of Arsenal Attorneys. We lead a staff of attorneys licensed to serve clients in 40 states. 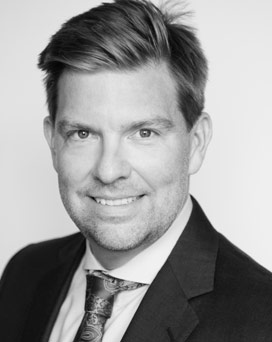 Matthew Bergstrom serves as Managing Attorney of Arsenal Attorneys™, a law firm he started in 2010. He possesses over 20 years of combined legal and business experience helping clients pursue opportunities and reduce risks. He personally leads the firm's Arsenal Gun Trust™ practice, which has served thousands of clients in over 30 states. His work has been featured in numerous media outlets, including the Wall Street Journal, the Washington Times, and in various TV and radio programs.

Mr. Bergstrom's currently concentrates in the areas of estate planning and firearms regulations. He was previously active in international business and consulting. Mr. Bergstrom began his career in Russia and Europe. He also served as a consultant in global affairs, security, technology, and finance for an investment banking firm and for Fortune 100 senior executives in San Francisco, New York, and Washington, DC. He has taught various topics in the law for the American Bar Association, the Federal Bar Association, the Financial Planners Association, and other organizations.

In addition to his practice of law, Mr. Bergstrom is an entrepreneur and academic. He founded and leads a successful e-commerce venture. He serves as an Adjunct Professor of History at William Jessup University, where he also serves on the Board of Advisors for the school's Institute for Public Policy.

Mr. Bergstrom earned his law degree from the Maurer School of Law at Indiana University in 1997. During law school he served as Executive Editor of the Federal Communications Law Journal. The University awarded him the Elliot R. Lewis Scholarship and an International Fellowship with the Ministry of Foreign Affairs of the Kyrgyz Republic. He received an MBA in international business and marketing from the Helsinki School of Economics, and he graduated from Michigan State University's James Madison College with a Bachelor of Arts in international relations and Russian. He is a member of the bar in California, Virginia, Michigan and the District of Columbia.

Mr. Bergstrom divides his time between Arsenal Attorneys' offices in California and metropolitan Washington, DC. Whenever possible he enjoys his time with his wife, three children, and three dogs on the family's farm.

Mr. Pelkofer earned his law degree in 2005 from the Georgetown University Law Center in Washington, D.C. During law school, Mr. Pelkofer served on the Georgetown Journal of Legal Ethics where he co-authored a published law review article titled, “Lawyers, Ethics, and Fees: Getting Paid Under Model Rule 1.5”. Mr. Pelkofer also served as a law clerk for a small firm in Maryland that focused on real estate and small business transactions. He is a member of the Virginia bar.

Mr. Pelkofer earned his graduate degree in public policy analysis at the H. John Heinz III School of Public Policy and Management at Carnegie Mellon University. He is a twice-awarded W.W. Cooper Merit Scholar. During his summer internship at the Allegheny Institute for Public Policy his research thesis regarding land use and development, urban sprawl, and eminent domain was published in several local newspapers including the "Allentown Morning Call," and the "Bedford Gazette." Upon earning his graduate degree, Mr. Pelkofer worked at the U.S. Government Accountability Office for several years working on various federal tax policy issues.