The Washington Times featured Arsenal Attorneys' Managing Attorney Matthew Bergstrom in its story on the lastest ATF proposal for an executive order which would create new regulations concerning firearms lost during shipment between gun dealers. ATF had previously abandoned a similar proposal in 2000. You can find the story here.

This latest proposal from ATF follows a recent pattern of proposing new regulations with limited information provided to the public concerning ATF's data or analysis. Furthermore, the cost of these regulations to gun dealers, gun owners, and tax payers has received little attention. The public has been given only 30 days to provide their comments to the proposal.

According to our industry partners, ATF has increased the number of personnel assigned to the NFA Branch. This surge has resulted in the faster issuance of tax stamps for NFA firearms, such as silencers, machine guns, and short barrel rifles and shotguns.

Previously only 9 examiners handled the workload of the NFA Branch. As of now, that number has risen to 15, and ATF is training an additional 11 examiners to join the Branch. ATF also announced they are training field agents to assist these efforts to reduce the current backlog of applications for tax stamps. Finally, ATF's Deputy Assistant Director Marvin Richardson said these personnel would be working 7 days/week.

The allocation of these resources dispels rumors ATF intended to prolong tax stamp processing in effort to curtail the transfer and manufacture of NFA firearms. Instead, ATF is prepared to handle the every-increasing interest in NFA firearms. 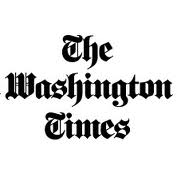