Arsenal Attorneys is renowned for our nationwide firearms law practice, but our firm also provides the full range of estate planning services to local clients in nearby areas of Northern Virginia and the District of Columbia. Contact us to discuss your goals for estate planning. Remember, estate planning is not just about inheritance. A complete estate plan should first protect you during your own life time.  For example, a Durable Power of Attorney, an Advance Medical Directive, as well as a revocable trust can protect you by naming fiduciaries to act on your behalf and for your support and care in case you're incapacitated.  A good estate plan can also help your loved ones inherit more easily and with greater protections. For example, your estate plan could appoint a guardian for your children and appoint a trustee of a trust to be created for a minor if/when a young person inherits from you.

Of course our Arsenal Gun Trust serves as an estate plan specifically for gun collections. In addition to helping you register and share possession of firearms regulated under the National Firearms Act ("NFA", e.g. silencers, short barrel rifes/shotguns, machine guns), the Arsenal Gun Trust guides your loved ones in the safe and lawful inheritance of your gun collection. 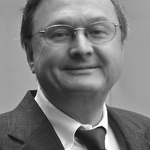 Arsenal Attorneys' George Lyon will present a seminar on "Self-Defense Law and DC Carry Permits" at the NRA Headquarters Range in Fairfax, Virginia, on Saturday, March 10 at 2pm. The program will inform all gun owners of the legal issues related to the lethal use of force. The program will also satisfy the training in the firearms laws of the District of Columbia required for DC carry permits.

George Lyon is a lawyer with Arsenal Attorneys handling litigation, criminal defense, firearms regulations, Second Amendment, and other areas of law. Mr. Lyon has decades of experience in complex lawsuits for corporate clients.

Mr. Lyon has played an instrumental role in numerous historic cases. He was one of the original plaintiffs in the case that became the Supreme Court's landmark Heller decision. Recently, Mr. Lyon was a plaintiff in the Palmer case which first compelled DC to issue carry permits. Mr. Lyon represented clients in multiple successful lawsuits in DC and Maryland which overturned bans of stun guns for self-defense.

Please note, this program does not include the handling or operation of firearms. Participants must comply with all safety guidelines and rules of the NRA Headquarters Range.