DC CIRCUIT HELLER II RULING, THE GOOD, THE BAD AND THE UGLY 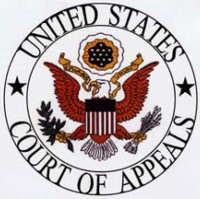 The split decision of the three judge panel held that the requirements (1) to re-register firearms every three years, (2) to pass a test on DC gun laws to register a firearm, and (3) to bring a firearm to the registration office for inspection at the time of registration were unconstitutional.  The court also invalidated DC’s prohibition on registering more than one handgun a month.

On the other hand, the court upheld the DC requirements that long guns be registered, that applicant’s personally appear at the Firearms Registration Office to be photographed and fingerprinted, and that applicants view a one-hour gun safety training video to register a firearm.  The court also upheld DC’s $35 fee for fingerprinting and $13 per firearm registration fee. The DC Circuit had previously upheld in a 2-1 decision DC’s requirement to register handguns and its prohibition of so-called assault weapons.

Senior Judge Douglas Ginsburg wrote the Court’s opinion.  He was joined by recent Obama appointee Judge Patricia A. Millett.  Judge Millett happens to know something about self-defense, being a second-degree black belt.  Judge Karen LeCraft Henderson dissented in part and would have upheld each of DC’s firearm regulations.

There is both good and bad in the court’s majority opinion.  First the good.  The good is that the court actually conducted a reasoned analysis of the challenged regulations and of DC’s arguments in support, rather than simply accepting DC’s rationale for adopting them.  The bad part of the decision is that the court adhered to a “substantial evidence” standard by which it would uphold a challenged regulation if DC could show “substantial evidence” that the challenged regulation addresses a meaningful harm.  This is a standard that grants great deference to the judgment of the legislators, and one which is not appropriate when fundamental Constitutional rights are at stake.  However, it is not a wholly toothless standard.

Significantly, the court rejected DC’s claim that the regulations were justified on the basis of officer safety.  DC had argued that the registration requirements were necessary for police to know whether a firearm was likely present when responding to a call for service.  That rationale failed the court’s application of the substantial evidence test given evidence that DC police are trained to always assume the potential presence of deadly weapons.  Moreover, the evidence showed that officers are rarely if ever informed in the course of a call whether the caller possesses a firearm. Thus, the court rejected the view that officer safety, although certainly a legitimate interest, was rationally related to the challenged regulations.

On the other hand, the court found DC’s interest in crime control and public safety sufficient to uphold certain of the regulations.  The court purported to weigh the burden DC’s various regulations imposed on citizens’ Second Amendment rights.  Although the court found that the long gun registration amounted to a de minimis burden on Second Amendment rights and therefore upheld that requirement, it held that various elements of DC’s registration scheme exacted a more substantial burden, requiring DC to show substantial evidence that they promoted public safety and that they were not substantially broader than necessary to achieve that goal.

The court said the provisions upheld were supported by evidence that they contributed to public safety.  For example, in the court’s view, requiring viewing of a gun safety video was self-evidently related to preventing firearm mishaps.  Likewise, in the court’s view, the requirements for fingerprints, a photograph and in-person registration contributed to ensuring the identification of firearm registrants and preventing prohibited persons from possessing firearms.  On the other hand, the court could find no basis in public safety in requiring registrants to pass a test on DC firearms laws.  Nor did the court find any public safety basis for requiring a firearm to be brought to MPD for inspection.  To the contrary, the court postulated that requiring a registrant to transport a gun to the police station could result in the gun being stolen or the citizen being shot by police mistakenly.  Similarly, the court found that DC had not shown substantial evidence that the re-registration requirement promoted any important governmental interest.

Finally, the court rejected DC’s argument that a one gun a month rule would aid in preventing firearms trafficking and limiting the number of guns in circulation.  The court acknowledged that some evidence was presented that limiting gun purchases could reduce trafficking in firearms, but the court said DC had presented no evidence that limiting gun registration to one gun a month would do so.  Moreover, the court rejected the argument that limiting the number of guns present in the home would reduce the chance for accidents, suicide or violence.  Accepting that as true, said the court, would by logic justify a total ban on guns in the home, a proposition which the Heller I case rejected.

The court’s discussion of the one gun a month regulation is important because it underlies a key question presented in the Wrenn case, which is a pending challenge to DC’s may issue concealed carry policy.  In Wrenn, DC is arguing that limiting the number of handguns carried contributes to public safety, which is an argument every ‘may issue’ state has put forth in justifying restrictive permit issuance schemes (and an argument both Illinois and DC put forth to justify their prior unconstitutional no-issue schemes).  In essence DC now seeks to justify its ‘may issue’ policy as a gun-rationing scheme to limit the number of persons authorized to carry a firearm outside the home.  The court should reject that argument for the same reason as the court rejected the one gun a month regulation, because the logic behind such a regulation would support allowing no one to exercise their right to bear arms.

As mentioned above, Judge Henderson dissented from that portion of the opinion invalidating any of DC’s registration requirements.  In doing so she maintains a perfect anti-gun record, having dissented in Heller I, having voted to uphold DC’s so-called assault weapons ban in a prior Heller II decision, and having recently dissented from the remand of a challenged to a provision of the 1968 Gun Control Act.  This the ugly aspect of the case.  Judge Henderson’s dissent essentially argues that the fundamental right to own firearms (which she apparently didn’t accept in Heller I) should be treated differently from other fundamental rights and that the courts should be more accepting of legislative judgements impinging on firearms rights.  Judge Henderson also postulated a theory the Supreme Court rejected in Heller I that the District of Columbia as the seat of government is different from the rest of the country.  In essence that the entire city is a sensitive area.  In her words, “walking around this town, one gets the impression that it is one big government building.”

Decisions of several other U.S. Circuit Courts of Appeals show that Judge Henderson is not alone.  These issues will likely remain unsettled until the Supreme Court takes another Second Amendment case.

More in this category: « Does Your eFile NFA Tax Stamp Say Draft? Restoring Your Firearms Rights following a Conviction in Virginia »
back to top